When Saint Francis Home Pathankot was opened in the first week of January 2015 after the Christmas Vacation, there were 123 children with disabilities while 60 girls were in the hostel. Of course, all the children do not return to the school at the same time as many of them suffer from the winter illnesses and their parents keep them at home till the climate improves because of their weak immune system and their tendency to catch any infectious sickness.


Saint Francis Home encourages its special children to participate in any public function held by the district administration. It gives them an opportunity to gain confidence in dealing with the public and show their innate talents. But they need lot training and practice which our teachers patiently give. As usual, they were invited to participate in the Republic Day celebrations on January 26, 2015. The audience was moved by the perfect choreography of our hearing impaired children in performing a patriotic dance.

Saint Francis Home organized and hosted the first district level sports meet under the Ministry of Youth Affairs and Sports on May 27, 2015. Five institutions participated in the meet along with the special children from the SSA. Seven children from Saint Francis Home were sent to the state level meet and all were awarded gold medals. 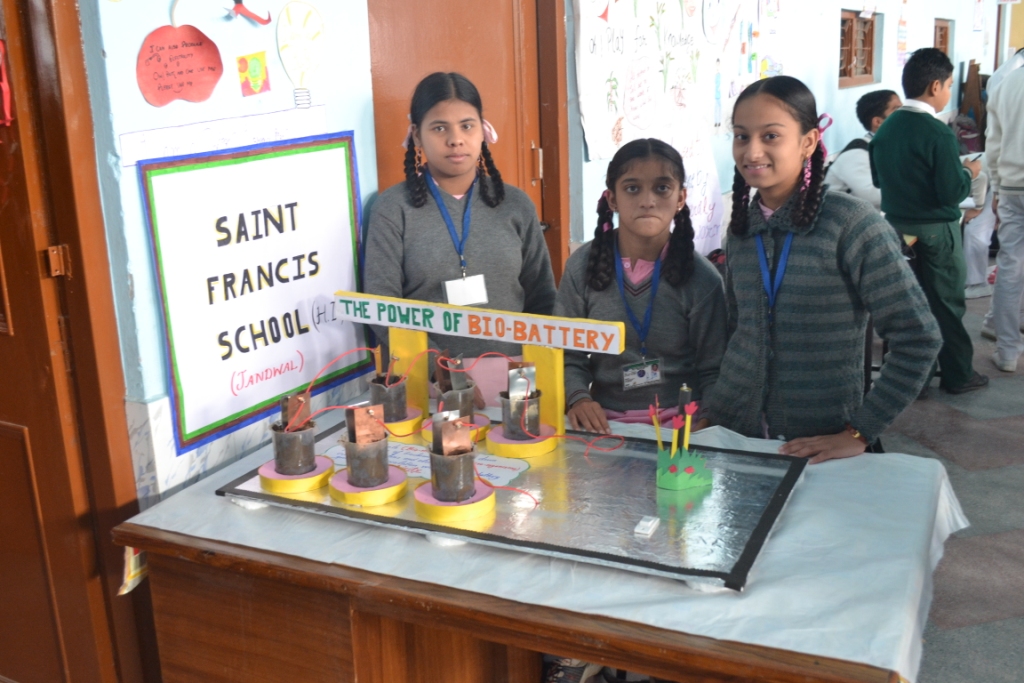 Saint Francis Special School for the deaf participated in the Science Exhibition held by Christ the King Convent School, Sujanpur, Pathankot. They put up a stall on bio-energy. The children with physical disabilities like deafness and other physical disabilities are no less than others in their intellectual capabilities. It is heartening to note that the children who are physically challenged at Saint Francis Home Pathankot are able to follow the curriculum prescribed by the Punjab State Education board for the state schools. It is the endeavor of Saint Francis Home Pathankot to prepare the children with disabilities to prove their intellectual prowess and occupy their rightful place in the society.

Because of the developments in the methodology of dealing with disabilities, Saint Francis Home Teachers are given regular updating of their skills. So a number of seminars and workshops are held by the institution for its staff. Saint Francis Home Pathankot also held a three-day In-Service Training for the anganwadi workers of Pathankot in collaboration with the Rehabilitation Council of India. They are at the frontline of rehabilitation as they are the first ones to identify and help the children with disabilities in the remote villages of Pathankot district. The children were privileged to have training from the famous artist, Mr. Parbal Manik in paper cutting. They enjoyed making paper into different shapes and patterns. Some of them have become very deft in making simple paper into pieces of art.

In order to broaden their knowledge on Indian History and culture, a group of hearing impaired children was taken to Delhi. They visited the famous monuments like Qutab Minar, Red Fort, Jantar Mantar, and Bahai Temple. They had an opportunity to ride the Metro. Their tour came to an end with the meeting of Maestro Zubin Mehta in whose honor they performed an Indian classical dance.

On November 14, 2015, the annual sports day was held. The children enjoyed in participating in the events just for the thrill of being part of it.
On the World Disability Day, December 3, 2015, the students from all the neighboring schools were invited to join our children. It was an eye opener for most those students because it was first experience they had of being with children with disabilities. Being young, they were able to interact with them and made it a joint celebration of different abilities.
The Annual Parents' Day was held on December 12, 2015. Almost all of the parents came to attend the celebration where all the children were given an opportunity to show case their talents. For these children it was not an occasion to impress others with others with their talents but an opportunity to celebrate the joy of life in their own way. They were so engrossed in their singing, their dances, skits and mimes that they never showed any type of stage fright but made it a memorable day for their parents and well-wishers.
They year came to an end with the Christmas celebration on December 22, 2015.
By the grace of God, it was a year of growth and personal development for the children at Saint Francis Home. The institution closed for the winter vacation on December 23, 2015. All the children were sent to their homes to be with their parents and other family members so that they may never lose their family relationship. During the year, seven of children were sent to regular schools to be integrated to the main stream. Some of them left the institution because of their age and are helping their parents in their farms and shops.
The construction of the first floor of the HI School is in full swing. It is hoped that the work should be completed by the end of March 2016 and the HI children be shifted to the new class rooms at the beginning of the new academic year i.e. in the first week of April, 2016.